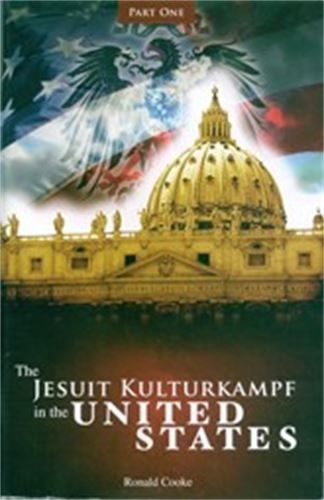 The Jesuit Kulterkampf in the United States

The present cultural struggle in the United States is Jesuit-inspired, and is obviously helping to Romanize rather than Christianize this country. In this study, documentation is provided to show that the willingness of some Protestant Evangelicals, some conservative Baptists, some “truly” Reformed, and some Charismatics to become cobelligerents with the Roman Catholic System is helping the goals of the papacy in the United States today. The early American Puritans were united in their opposition to the papacy and the Roman Catholic Church-State. Unlike modern evangelicals they did NOT regard the Jesuits as their cobelligerent in some cultural struggle; they regarded them as their mortal enemy. They believed that a sound education involved the ability to expose the errors and superstitions of Roman Catholicism. In this first book of his three part series, Dr. Ronald Cooke exposes the activities of the Jesuit Order in America, comparing the Culture War of our own time with what was called the Kulturkampf (Culture Struggle) in Germany during the decades leading to Hitler’s rise to power. Is the same pattern happening in America today? Are Catholics, Protestants, and Conservatives being led into an army of Culture Warriors that may one day be used for a diabolical purpose? by Dr. Ronald Cooke Wittenburg Press 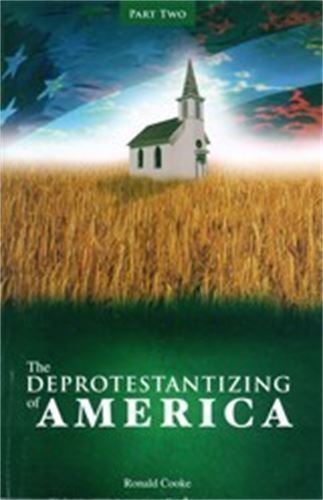 The Protestant Reformers regarded the Roman Catholic Church-State as the great apostasy predicted in Paul’s second epistle to the Thessalonians. Those who followed the Reformers spent much time proving that apostate Romanism started early in church history and had reached its nadir in the sixteenth century. Bible believing Protestants followed this teaching for many years. However, when the Protestant churches began to be overrun by men who followed the destructive critics, teaching that the Bible was not truly the inspired word of God, a terrible apostasy began. Men who followed these ungodly men now began to fill the posts in Academia. This resulted in a new religion being born: socialistic humanism. Some refer to these modernistic men as liberal progressives, or liberal Protestants, but it should be kept in mind that these were neither liberal nor Protestant. Once they controlled the faculties of schools, they proved to be among the most bigoted of men even to this day. In the early twentieth century, the Jesuits pushed their idea of a Christian Social Order. Simultaneously, the religious socialists were pushing the concept of the new world order. Those involved in the cultural struggle today tend to focus on the loss of morality from modern America, and for a solution, suggest we put doctrine aside and focus on “common ground.” But when God’s separated Church begins to unite with unbelievers, idolaters, and humanists who deny the Gospel, nothing but spiritual and moral disaster follows. Those who wish to unite Roman Catholicism with Evangelicals and Secular Humanists realize that to do so, they must take the “protest” out of Protestantism. For the Protestant declaration declares that Jesus Christ is the only way of salvation, and denounces unbelief and idolatry as paths of deception and damnation. Hence, is the Deprotestantizing of America resulting in the loss of the true Gospel? by Dr.Ronald Cooke Wittenburg Press 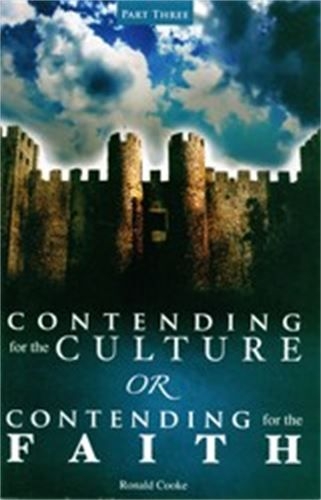 Contending for the Culture or Contending For the Faith

Why do so many follow Oprah today? Is it because there is an almost total ignorance of biblical doctrine in American churches? Dr. Alan Wolfe of Boston University has said of American Christians: “Many people despite their religious claims, have no command of theology, doctrine, or history, so it is an empty religiosity …” Empty religiosity produces ecumenism. When men have no interest in theology they can unite with anyone. Millions of professing Christians have no interest in contending for the faith today for the simple reason that they have no real faith for which to contend. Christians want to get involved in the cultural struggle to rescue America from immorality, and thousands of church leaders are calling their congregations to take part. The cry of the modern evangelical church is for “deeds not creeds,” resulting in a growing number of works based programs designed to present a non-offensive version of the Christian Religion. Philanthropy rather than doctrine is the order of the day. But by diffusing the Gospel message and focusing on conservative values, has the Church in America been turned aside from the Great Commission? In this book, Dr. Ronald Cooke argues that a stand needs to be taken against all the psychological messages of positive thinking, self-esteem, works religion, and death producing Romanism which are now working in the American churches today. So he confronts the Church in America and asks: Should we be contending for the culture? Or contending for the faith? Dr. Ronald Cooke Wittenburg Publications 111 pages 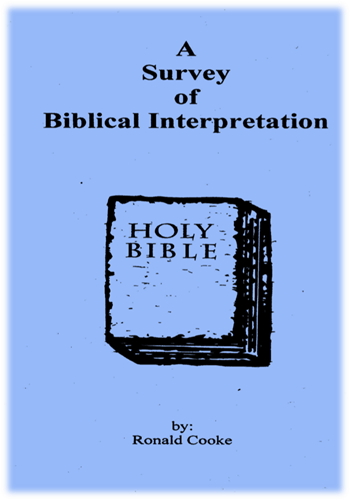 A Survey of Biblical Interpretation

Gives a brief historical review of Hermeneutics, and then looks at the mechanics of interpreting the Bible. Glossy Cover, 177 pages 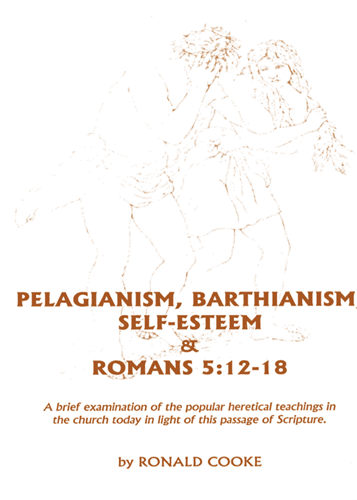 A brief examination of the popular heretical teachings in the church today in light of this passage of scripture. Glossy Cover 187 Pages 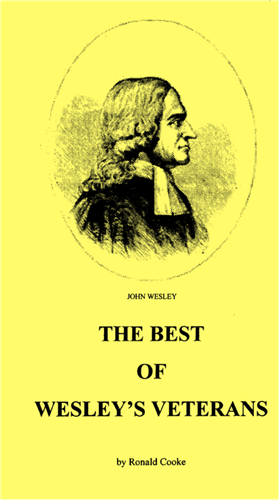 The Best of Wesley's Veterans

A summation of the original volumes on Wesley's Veterans. SHort biographical sketches of the early Methodist preachers and the persecutions and hardships they endured to preach the gospel. Paperback 174 Pages 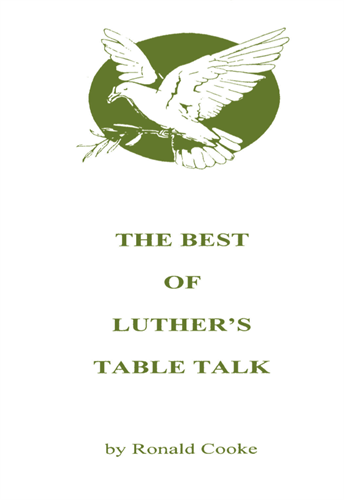 A summation of Luther's original Table Talk, in which he speaks on various Bible and theological topics. Some of the more medieval topics have been omitted. Glossy Cover 191 Pages. 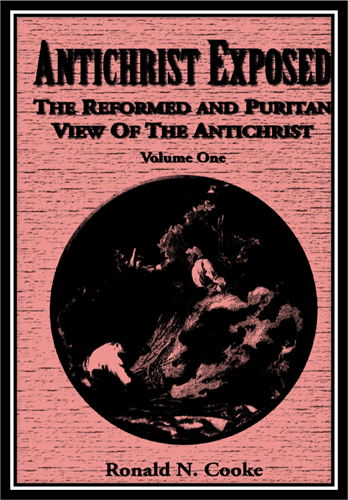 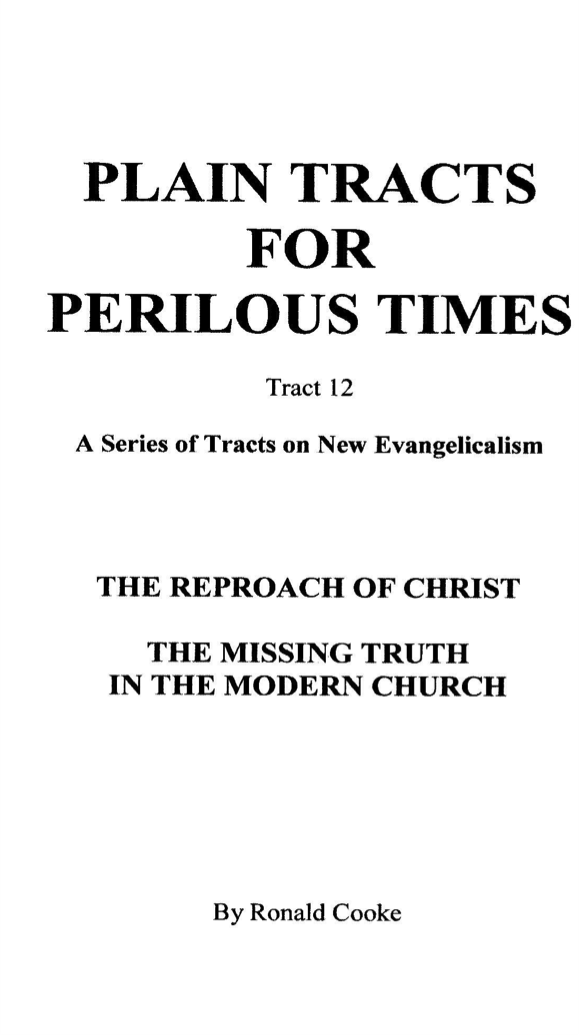 1. Reason for The Series 2. The Incomparable Christ 3. The Contradictions of New Evangelicalism 4. The Loss of Systematic Theology From New Evangelicalism 5. The Myth of the Cultural Struggle 6. THe Message of Universalism and the Mega-Church 7. C.S. Lewis, Hollywood and the Romanizing of America